The Wiring of Sherlock OMS

About the Speaker: Amr Thabet is a former malware researcher at Symantec and the founder of MalTrak. Amr has spoken at top security conferences all around the world, including DEFCON and VB Conference. He was also featured in Christian Science Monitor for his work on Stuxnet.

Abstract: Predictive Quality of Service (PQoS) aims at predicting the behavior of the network at short (milliseconds, seconds) or long (minutes) time frame in advance, in order to enable proactive adaptation of the applications running over the network. PQoS includes techniques that predict the behavior of one or more key components of the network: channel, medium access, scheduling, and/or higher layer aspects. This talk will describe the application of PQoS to enable automated driving. In particular, representative current and future use cases will be discussed that benefit from PQoS and create challenges for both radio and core network design. Then, initial results of predicting uplink throughput for vehicle-to-infrastructure links based on measurement campaign will be discussed. Through both the use cases and initial experimental results, the talk will argue for PQoS as a powerful technology that can be a game changer for automated driving systems.

About the Speaker: Mate Boban (Senior Member, IEEE) received the Diploma degree in informatics from the University of Zagreb, Croatia, and the Ph.D. degree in electrical and computer engineering from Carnegie Mellon University, Pittsburgh, PA, USA, in 2004 and 2012, respectively. He is a Principal Research Engineer with Huawei Munich Research Center, Germany. Before Huawei, he was with NEC Labs Europe and Apple. He is an Alumni of the Fulbright Scholar Program. He has co-chaired several IEEE workshops and conferences and has been involved in European Union Funded Projects (5G-CAR, DRIVE-C2X, and TEAM) as a Work Package Leader and an Editor of deliverables. He is actively involved in key industry and standardization bodies: 3GPP, 5GAA, and ETSI. He has coauthored three papers that received the Best Paper Award, at IEEE VTC Spring 2014, IEEE VNC 2014, and EuCAP 2019. He is an Associate Editor of IEEE Transactions on Mobile Computing. His current research interests include resource allocation, machine learning applied to wireless communication systems (in particular, V2X, and IIoT), and channel modeling.

Abstract: The Rakuten Mobile Innovation Studio’s ultimate research goal is to devise an “artificial engineer” that has the capability to problem-solve with minimal to no human intervention – in today’s networks and future networks. To realize this goal, we are developing a novel architecture framework for autonomous networks based on population-based artificial intelligence techniques, namely, evolutionary computing. This framework is rooted in three main functional building blocks: create, validate, and apply. Create is the generation of new logic through composition or adaptation of software closed loops. Validate is the experimentation of software closed loops to network operations. Apply is the application of software closed loops to network operations. This architecture framework provides networks with the ability to go beyond their pre-defined program and learn on their own. Learning, in this sense, must be wider in scope and more powerful in execution than what is currently being deployed in networks. Indeed, this ambitious framework cannot be achieved in isolation. We are actively driving (pre-)standardization activities and are engaging in collaborative research. An overview of the autonomous networks standardization landscape will be discussed, highlighting activities from organizations such as the ITU-T, IRTF & IETF, TMF, and ETSI. 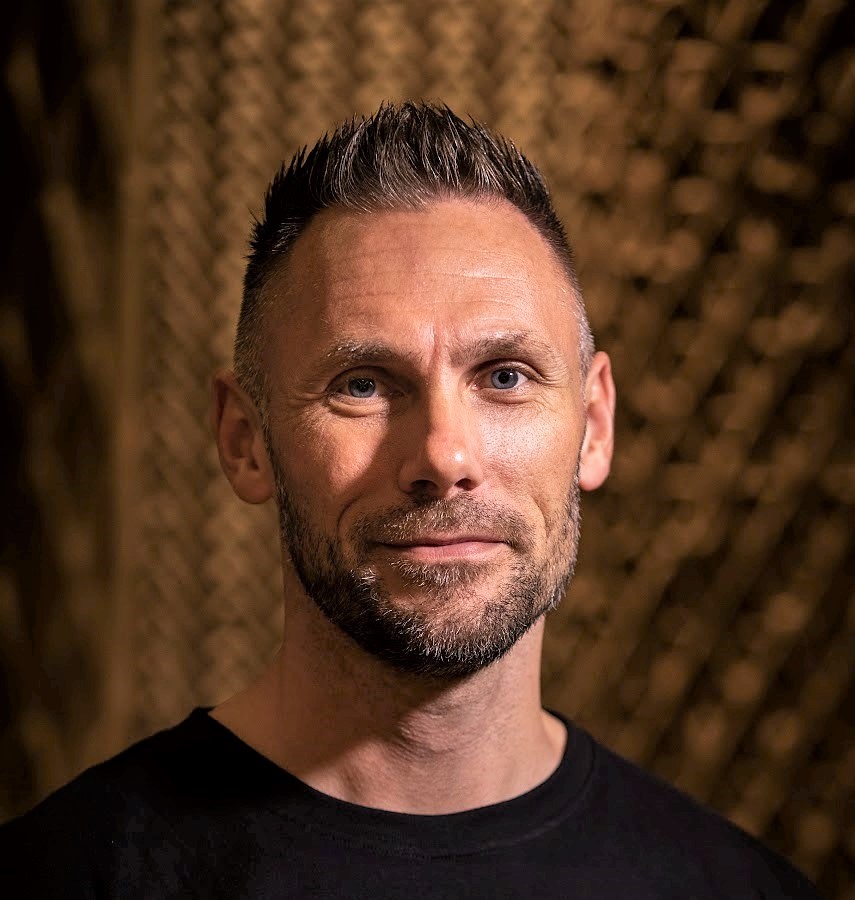 Laurent Ciavaglia has recently joined Rakuten Mobile as Senior Researcher and Standardization Specialist in the Rakuten Mobile Innovation Studio. He has extensive experience in inventing future network automation technologies with a focus on intent-driven, zero-touch, and AI techniques. He is an active leader and participant in the research and standardization community, for instance, having served as vice-chair of the IEEE ComSoc Technical Committee on Network Operation and Management (CNOM) and serving as co-chair of the IRTF Network Management Research Group (NRMG). He has co-authored over 70 peer-reviewed articles and is regularly invited to give keynotes and attend expert panels.

Abstract: We are losing the battle against cybercrime. If cybercrime would be measured as a country, in 2021 it would be the third largest economy behind US and China, and cybercrime could cost more than 10 trillion USD by 2025. The cyberattack surface growth is outpacing humans’ ability to secure it. The impressive success of Artificial Intelligence (AI) and Machine Learning (ML) in multiple data-driven problems over the past decade has motivated a flourishing research domain targeting the application of AI/ML to cybersecurity problems - AI4SEC. However, making of AI4SEC an accepted and fruitful approach to cybersecurity in the practice is challenging. In this presentation, I elaborate on the most important technical show-stoppers in AI4SEC, presenting an overview on the work we have been developing over the last decade on the application of AI/ML to network security to improve the state of affairs in cybersecurity. The goal of the talk is to motivate – for the newcomers – and to strengthen – for those already in the field – the research in AI4SEC. 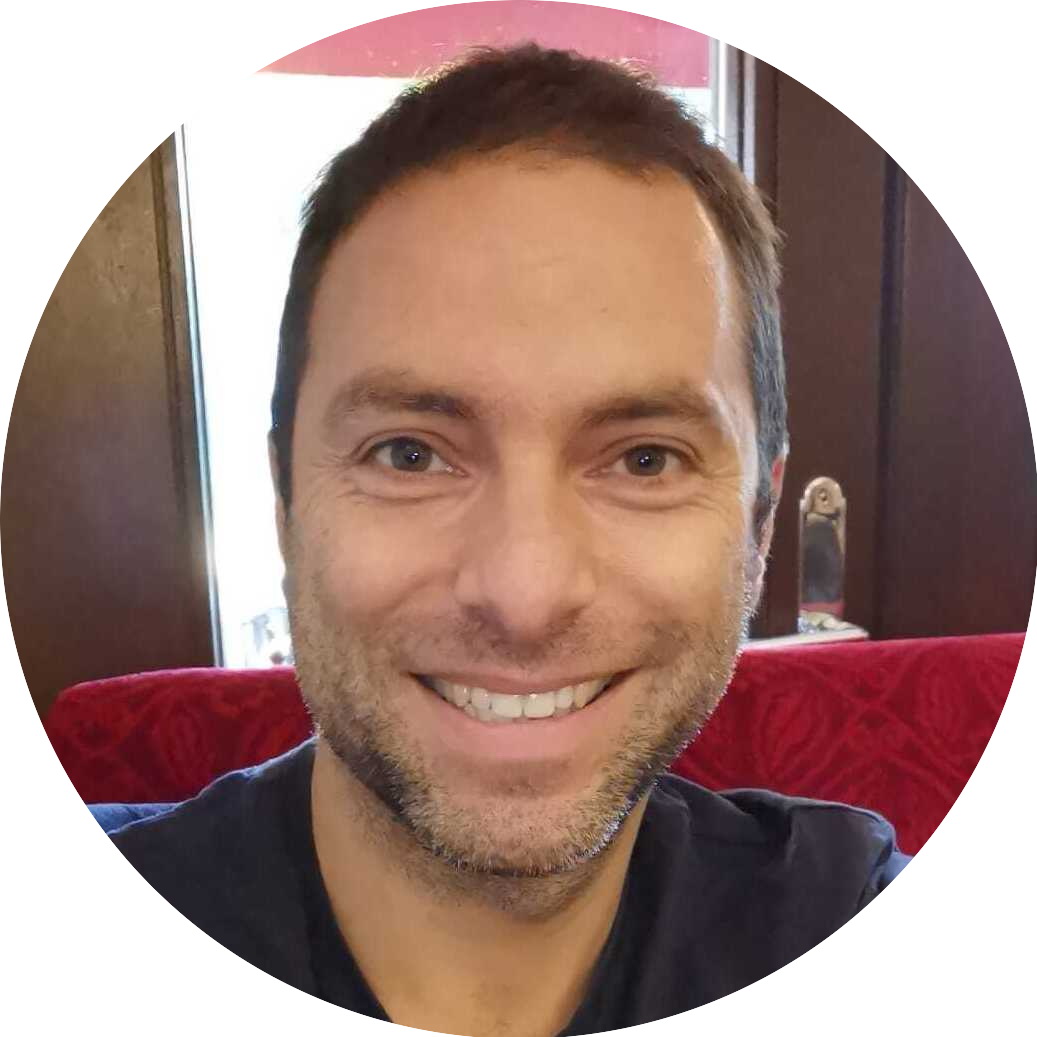 Dr. Pedro Casas is a Senior Scientist at the AIT Austrian Institute of Technology, within the Data Science and Artificial Intelligence (DSAI) competence unit. He is an expert and lead researcher in AI4NETS (AI/ML for Networks), leading multiple national and international projects in network measurement and data analytics. Before joining AIT, he was Senior Researcher at the FTW Telecommunications Research Center Vienna, leading research activities in network traffic monitoring and analysis. He holds a PhD in computer science from Télécom Bretagne (France), and a PhD in electrical engineering from Universidad de la República (Uruguay). He has published more than 180 Networking research papers in major international conferences, journals, and workshops, received 14 best paper, best demo, best student work, and best workshop awards, and periodically participates as chair for different conferences and workshops in network measurement and analysis. His main research areas include machine-learning based approaches for Networking, network security and anomaly detection, big data analytics and platforms, Internet network measurements, as well as QoE modeling, assessment, and monitoring.

Abstract: Many software projects allow us to dynamically configure their behavior at runtime. Thereby, the use and modification of global variables is a common pattern to save or reconfigure the selected configuration. The selected configuration is then enforced by dynamically checked conditions (if statements). However, if this global configuration remains stable over long periods of time, it is questionable why one should pay the cost of constant and repeated checking. Dynamic configurability must be possible at low cost.

One approach to this problem is semi-dynamic variability. The basic idea is to let the compiler generate specialized software variants statically and to introduce them into the running program as efficiently as possible at runtime. As a concrete way to implement semi-dynamic variability, this tutorial will introduce Multiverse: Multiverse is a GCC plugin and a run-time library, which allows to specialize single C-functions for certain assignments of global variables. Through run-time binary patching, the respective specializations are anchored in the code segment without loss of efficiency.

In order to perform this run-time code patching efficiently without disturbing the normal operation of the process, we will look at address space views. Here, multiple, synchronized, ‘views’ are established on the address space within a UNIX process. While one thread prepares the code segment for a new multiverse configuration, all other threads continue to run undisturbed.

All materials (slides, VM link, and example programs) can be found at: https://github.com/luhsra/multiverse-atlas-demo

About the Speaker: Christian Dietrich studied computer science at the FAU Erlangen-Nuremberg, before he put a focus on interaction-aware analysis of real-time systems at the Leibniz Universität Hannover, where he defended his PhD thesis in 2019. After being appointed as Juniorprofessor, he is currently establishing the Operating System Group at the Technical University Hamburg. His research interests are virtual-memory handling, dependable real-time systems, and variability and he is currently searching for a co-worker and PhD candidate.

Tutorial "TSN for plug-and-play networks: How can the tools be used in practice?"

Abstract: The Time-Sensitive Networking group specifies a number of standards that define the behavior of the switch data plane, and provide interfaces for their configuration to achieve deterministic networking. Yet, the proper configuration of these tools remains an important research-topic, as it heavily depends on the aspired use case. In dynamic plug-and-play networks, real-time traffic streams can emerge and disappear at any time, and stream reservation algorithms must be able to compute the required resources in time. This tutorial explains important tools in the TSN kit for bounded latency from the perspective of industrial automation networks. It presents example algorithms for the configuration of selected mechanisms and discusses their trade-offs, as well as important relations with reliability tools to keep in mind.

About the Speakers: Tobias Hoßfeld is professor at the Chair of Communication Networks at the University of Würzburg, Germany, since 2018. He finished his PhD in 2009 and his professorial thesis (habilitation) “Modeling and Analysis of Internet Applications and Services” in 2013 at the University of Würzburg. From 2014 to 2018, he was head of the Chair “Modeling of Adaptive Systems” at the University of Duisburg-Essen, Germany. He has published more than 100 research papers in major conferences and journals, receiving 5 best conference paper awards, 3 awards for his PhD thesis, and the Fred W. Ellersick Prize 2013 (IEEE Communications Society).

Alexej Grigorjew received his MSc degree in computer science from the University of Würzburg, Germany in 2016. Since then, he has been pursuing his PhD as a member of the Next Generation Networks research group at the Chair of Communication Networks in Würzburg. His research interests are focused on softwarized networks, programmable data planes and Time-Sensitive Networking.

Abstract: Systems programming languages with safety guarantees like Fyr and Rust aim to replace C/C++ in domains such as operating systems and embedded systems. The promise is to deliver safety with zero overhead at runtime, because the compiler is able to sufficiently analyze the code at compile-time. However, the static code analysis required for the additional safety guarantees imposes restrictions on data structures and algorithms operating on them.

Fyr is a new open source systems programming language that uses group-based memory management to overcome some of the restrictions caused by pure ownership-based memory management as in Rust. The tutorial explains the concept of group-based memory management used by Fyr, which allows for graph-shaped data structures. In contrast, a pure ownership-based system automatically implies tree-shaped data structures, because each pointer constitutes an ownership. To overcome the remaining restrictions on data structures, Rust and Fyr feature reference counting mechanisms. However, this causes runtime overhead and evades the static code analysis of the compiler. Thus, the tutorial shows in several examples where the promise of zero overhead safety holds, and where runtime overhead is currently unavoidable.

About the Speaker: Torben Weis is a professor at the University of Duisburg-Essen, where he leads the Distributed Systems Research Group. His research focuses on architectures and protocols for distributed applications, peer-to-peer systems, and self-organizing distributed systems. Weis has a PhD in computer science from the Technical University of Berlin.